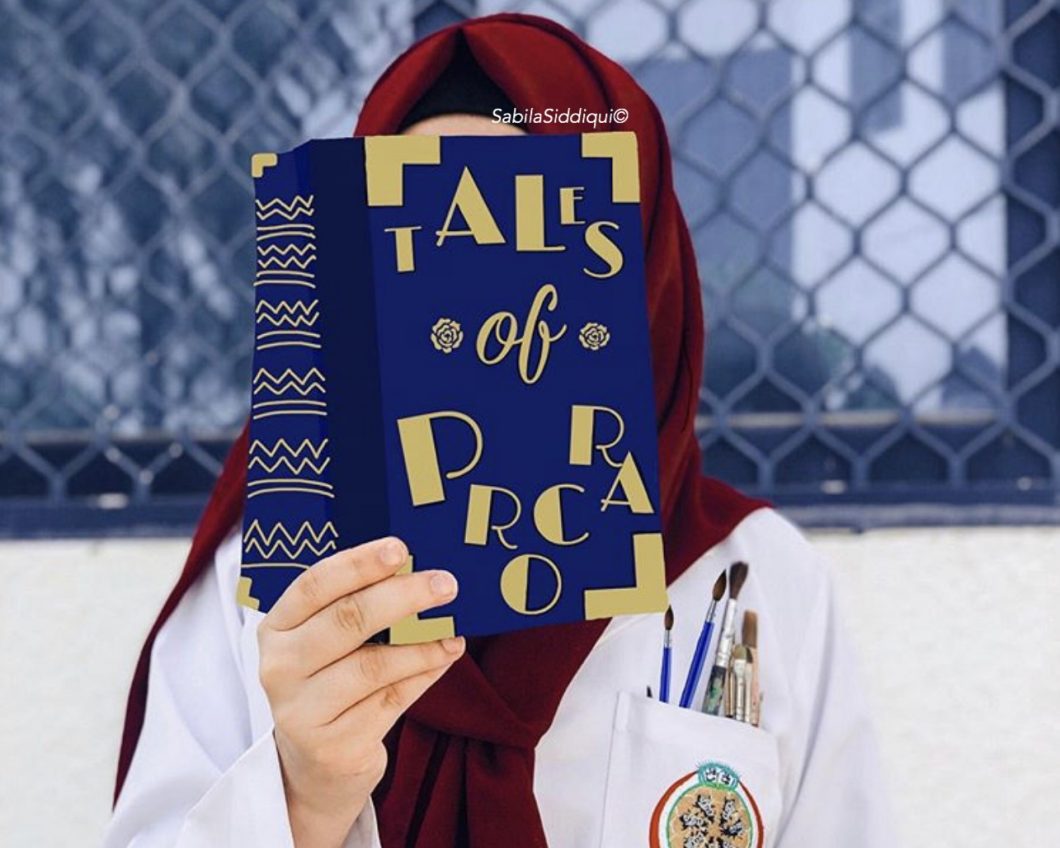 They say the brain is divided into two parts, one being creative and the other logical. But what if you were to create a synergy of the two?

Walking amidst the sea of white-coated ambition, a fear lingered within me about the stripping of my passion I had honed over the few months, which had been stifled by the amount of work that medical school is notoriously known for. Medical school was described to be an ideal journey designed for students to drink from the firehouse, a way to ingest a copious amount of words as we try to make space to retain the knowledge of meals we had had out of proportion.

The restated line “you won’t have time” allowed overwhelming and vulnerable emotions to take hold of me relating to the one and only thing that kept me sane: my creative flair. But the fear of losing a part of myself was possibly the reason that propelled me to work on my time management skills and mindset.

Art helped me escape the tedious and mundane life of being a medical student. It became the act of liberation and expansion beyond the confinement of medical books. It facilitated and eased my longings to express myself in aesthetic ways where I felt I could unchain myself further. I found myself being impelled to intertwine the two, creating a unique synergy of art and medicine – re-energizing my taxed soul by making my breaks as therapeutic as possible.

Throughout my journey of medicine, there were days when I found myself disconnected from my originality as my grueling college schedules anchored me to my heavy-laden textbooks for nights on end, beginning to demand a lot more of my attention. But yearning for a creative outlet restored and united me with my true self, which created the bedding that I rested on during strenuous days.

Writing was one of my pleasures that I chose to indulge in almost every day. It became the creative endeavor that shaped and differentiated me. It pushed to think beyond a singular perception and understanding, building my empathy as I shifted through various mindsets and perspectives – humanizing my entire healthcare experience. I began to express the eloquence of feelings into the nuance of words, as I would peel the layers of human existence. It became my creative gap; a vested narrative in my work and on most days my therapy. It highlighted my priorities, shaped my time management skill as I intended to be more than just a thriving doctor.

I allowed myself to disengage and relax from the zone of stethoscopes and connect with like-minded people from my “tribe”. Storytelling their life experiences through various events subsided in art galleries and open mic’s. Creativity is not merely an art; it is various forms of expression and salvation. It allows the intangible to become important, your observation for detail to become sharper, allowing you to hone a lifelong tool to reorient yourself as you move along in your training.

To end, the metamorphosis from going to a girl who holds her pen like a sword to transforming into a doctor who spends her days and nights with gloved hands is not a joyful journey. But I still may be able to fit a pencil in my coat pocket beside my stethoscope.