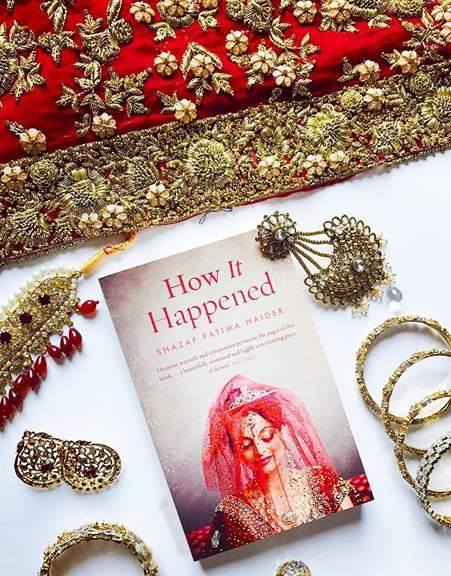 Dadi, the imperious matriarch of the Bandian family in Karachi, swears by the virtues of arranged marriage. All her ancestors – including a dentally and optically challenged aunt – have been perfectly well-served by such arrangements. But her grandchildren are harder to please.

Haroon, the apple of her eye, has to suffer half a dozen candidates until he finds the perfect Shia-Syed girl of his dreams. But it is Zeba, his sister, who has the tougher time, as she is accosted by a bevy of suitors, including a potbellied cousin and a banker who reeks of sesame oil.

Told by the witty, hawk-eyed Saleha, the precocious youngest sibling, this is a romantic, amusing and utterly delightful story about how marriages are made and unmade—not in heaven, but in the drawing room and over the phone.

A desi gem of a book | The author definitely depicted a desi family and environment accurately with her impeccable taste of humour especially around the topic of arranged marriages.

There would be so many moments where I would agree with the writer to the mentality of the older generation that they grew up with and also laugh out loud at the silliness of how it would sound in this contemporary world. The phrasing of some words such as ‘enough-shenuff’ along with so many more moments made me reminisce of all the olden memories and stories I would hear.

I personally loved the characters, especially the dominating soul of the grandmother in a fragile body who accurately depicted the values, traditions and customs that were being forced on the generations to come so that they would not be lost. And I feel my mom would definitely love to read this book as she would be able to relate to the plot and ongoing drama around marriages and desi moments more than I would.

It is definitely a highly entertaining book that would hook you from the beginning till the very end. I would recommend to anyone who is from desi household.